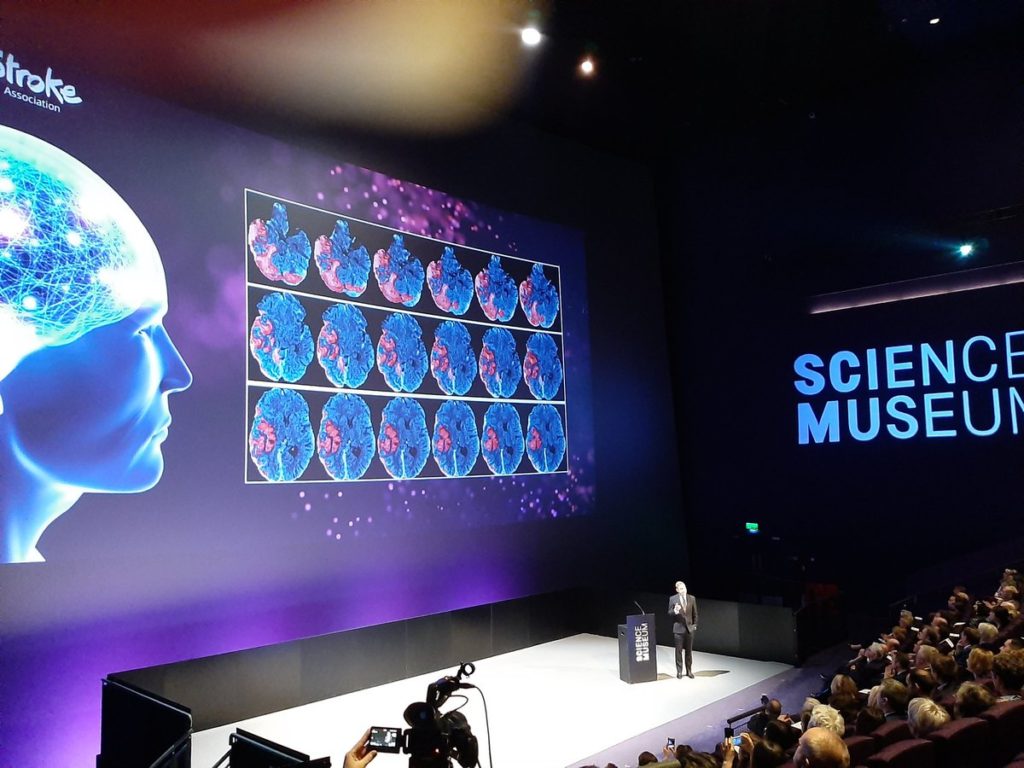 On the evening of Wednesday 15th May Sally Edgington, Director of AXREM attended the Science Museum in London to represent the association at the Amazing Brains event. The event was well attended by supporters, stroke survivors, professors, doctors and researchers.

Proceedings were led by President of the Stroke Association HRH The Duke of Kent who spoke about how far care for stroke survivors have come, but how much work there is still to do. The evening was then presented by Kaye Adams from ITV’s Loose women who spoke about her own experience of her mother having a stroke and the impact that had on her mother, but also the rest of the family.

There were three guest speakers on the evening professor Nick Ward who spoke about Brain plasticity and the key to stroke recovery, Professor Jane Burridge who spoke about technology for stroke recovery and asked if we are nearly there yet, and Fiona Lloyd-Davies who spoke about her own experience of her husband having had a stroke, and the film she made for BBC 2 Horizon called learning How to Live Again.

Sally Edgington said “the evening was really interesting and imaging to detect a stroke was discussed throughout the guest speaker sessions, with a member of the audience asking if imaging could help decide on the care plan. As Director of AXREM I am always interested to see how the equipment our members provide can support the diagnosis and care of patients and promote the product development and innovation of the companies we have in membership”.

Sally added “I have worked with the Stroke Association for a couple of years and am a big supporter of the work they do not only to support stroke survivors, but also the extensive research they do to ensure stroke’s can be detected as quickly as possible, and imaging equipment has a big role to play in this and I hope AXREM can build a long and meaningful relationship with the Stroke Association”.